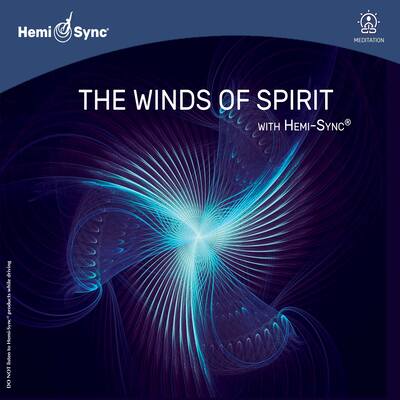 The Winds of Spirit with Hemi-Sync®

The Winds of Spirit with Hemi-Sync®

This Hemi-Sync® version of The Winds of Spirit by Byron Metcalf and Mark Seelig offers an opportunity to penetrate deeply into the dimensions of silence and space.

Byron’s steady percussive magic, and Mark’s mesmerizing Bansuri flutes conveys a sense of the winds of Spirit gently blowing through the entire sonic landscape – in much the same way it does through our lives. Immerse yourself in the flow of existence with a calm sense of trust that carries you home. Additional musical support from Dashmesh and Paul Casper – along with powerful Hemi-Sync® frequencies – provides heart centered sonic support for extended meditation practices, massage and body work, entheogenic and empathogenic exploration. Designed for continuous, uninterrupted listening. Length: 72 minutes. Executive producer Garrett Stevens. Hemi-Sync® version engineered and mastered by Rob Dobson.

Other Hemi-Sync® titles by Byron Metcalf and Mark Seelig include Persistent Visions with Hemi-Sync®, and Deep Time Dreaming.