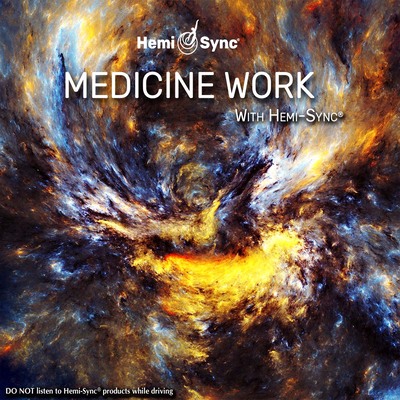 This psychoactive composition is designed to guide and support you into deeper territories of your own inner worlds – far beyond the known and familiar. Award-winning shamanic-trance drummer Byron Metcalf and master didgeridoo artist Rob Thomas of Inlakesh combine their musical and personal medicines to create this powerful sonic experience, heightened by the addition of Hemi-Sync®. The journey concludes with the safe return home to the harmonic resonance of the traveler’s heart and true nature. Features Byron Metcalf on frame drums, buffalo drum, bass & ceremonial drums, hybrid toms, udu & clay pots, rattles & shakers, and Rob Thomas on didgeridoos, rattles and shakers, vocal chants and shamanic soundworld. Length: 71 minutes
Engineered and mastered by Kevin Cowan.

Another title with Rob Thomas/Inlakesh is The Dreaming Gate.

Inlakesh! "I am another yourself"

Inlakesh formed in 1990 through the alchemy of Tanya Gerard and Rob Thomas, the core creatives of the group. Although Tanya grew up in Australia, she began playing the didjeridoo while visiting Tibetan communities in Dharamsala, North India during the mid 1980's. Based on the response of Tibetan Monks she encountered, we believe this was the first time the didjeridoo had visited the Dharamsala area. She has developed a warm, feminine style of intricately woven rhythms and resonant patterns with the didjeridoo, and creates many of the atmospheres of Inlakesh based on her extensive travels throughout the world.

Rob was born in the United States and began playing didjeridoo 10 years ago while living in Australia. His zealous approach to the instrument and creative use of breath and voice has resulted in a style of rhythmic playing that’s powerful, often conjuring images of distant landscapes and deep jungles. Together they have introduced thousands to the magic of the didjeridoo and have taught the art of playing, spreading the resonance throughout the United States. Rob and Tanya currently reside in Santa Fe, New Mexico.

Inlakesh donates a portion of the proceeds from every recording project to environmental groups actively working to protect the natural diversity of life on this planet, and to the Drepung Loseling Educational Fund which supports young Tibetan Monks in their studies of the Dharma.

The music of Inlakesh is inspired by the manifestations and creative pulsations of consciousness by: