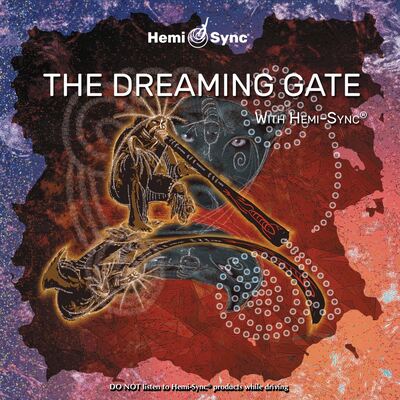 The Dreaming Gate with Hemi-Sync®

The Dreaming Gate with Hemi-Sync®

Enter a shamanic “dreamtime” with the entrancing didgeridoo music of Inlakesh and Hemi-Sync®.

Inspired by tribal cultures and ceremonial music from around the world, Rob Thomas and Tanya Gerard have raised the bar for fans of the spiritually evocative didgeridoo. Their masterful shamanic stylings are accompanied by other “dreamtime” tools to mystically weave the sonic portals of The Dreaming Gate. Step outside your normal reality and into a place of magic. Welcome to the Dream. Instruments featured: Didgeridoo, Tibetan horns, Gamelan gongs, cello, tabla drums, tambura, vocals, indigenous chants and highly textured soundscapes Length: 59 minutes.

Inlakesh! "I am another yourself"

Inlakesh formed in 1990 through the alchemy of Tanya Gerard and Rob Thomas, the core creatives of the group. Although Tanya grew up in Australia, she began playing the didjeridoo while visiting Tibetan communities in Dharamsala, North India during the mid 1980's. Based on the response of Tibetan Monks she encountered, we believe this was the first time the didjeridoo had visited the Dharamsala area. She has developed a warm, feminine style of intricately woven rhythms and resonant patterns with the didjeridoo, and creates many of the atmospheres of Inlakesh based on her extensive travels throughout the world.

Rob was born in the United States and began playing didjeridoo 10 years ago while living in Australia. His zealous approach to the instrument and creative use of breath and voice has resulted in a style of rhythmic playing that’s powerful, often conjuring images of distant landscapes and deep jungles. Together they have introduced thousands to the magic of the didjeridoo and have taught the art of playing, spreading the resonance throughout the United States. Rob and Tanya currently reside in Santa Fe, New Mexico.

Inlakesh donates a portion of the proceeds from every recording project to environmental groups actively working to protect the natural diversity of life on this planet, and to the Drepung Loseling Educational Fund which supports young Tibetan Monks in their studies of the Dharma.

The music of Inlakesh is inspired by the manifestations and creative pulsations of consciousness by: