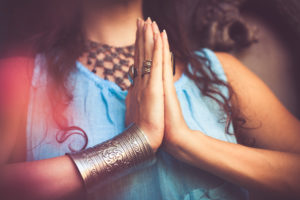 Dear Explorer,
It’s time to mark the end of a most unusual year. Naturally, we are filled with feelings of hope and optimism as the calendar turns, but perhaps even more so at the end of 2020. With conditions so challenging for so many, and the promise of a vaccine here or on the horizon, what lies ahead seems much more appealing that what is here now. That is the essence of hope. Indeed, hope can be very difficult to let go of…it may not even occur to us that it’s something we should release. Often our desires are not being met, or they are met only briefly, but hope holds out the prospect of re-doubling our efforts. We may tell ourselves “next time” or “we’re getting there,” “don’t give up.” Hope has a palliative, soothing quality…a sense of “it will be OK.” This future orientation, which may often be dressed up as “goals,” solidifies our sense of self and identity. But what this outlook may be covering up is the reality that we don’t want to just sit down and be with ourselves.

So let’s all pause for a moment before moving on, shall we? Let’s take this time to recognize our resilience in the face of what we have endured, or perhaps even lost this year. We’re still here, and there is nothing we actually need to do. What if you aren’t the “Doer”? How will things get done? We don’t like to think about that…it feels helpless.

When we simply stay with our experience and deeply relax, we may enter into that state where we are more than we typically perceive ourselves to be. It is here that we may have the sense of being held…softly, lovingly, sweetly, delicately. It holds our suffering, emotional and psychological pain. This is the true, inner experience of what hope only offers a whiff of.

New Releases
We attempted to facilitate this experience earlier this year with Jonn Serrie’s Celestial Love, and again more recently with a series of exercises titled Journeys into Stillness, which we produced with the incomparable Eckhart Tolle for Sounds True. These are foundational meditations intended to bring you more fully into the present moment, and what Eckhart calls Presence. This album is available exclusively through Sounds True.

Closer to home, our second album with hypno-psychotherapist and personal development/meditation teacher Luigi Sciambarella debuted this month. Senses Initiated Lucid Dreaming offers our take on the popular lucid dreaming technique, also known as the “Cycling Technique.” This involves a process of creating a cycle which consists of exploring each of your primary senses of sight, hearing and touch. It works by making your mind focus on your surroundings so that when you enter sleep again you are more likely to have a lucid dream. For more on this method, as well as a broader discussion of meditation and psychotherapy in the time of COVID, be sure to check out Episode 27 of the Hemi-Sync® podcast.

The epic Norse poem Völuspa is a fascinating creation myth—a powerful journey of death, destruction and renewal ever present in the human psyche. Our version is, of course, set to Hemi-Sync®, and narrated by the late Ralph Metzner, a psychologist and researcher who participated in psychedelic research at Harvard University, where he earned his Ph.D in psychology in the early 1960s with Timothy Leary and Richard Alpert (later known as Ram Dass). Ralph’s captivating voice is supported by a dramatic and powerful soundtrack by Byron Metcalf (featuring Dashmesh Khalsa). This unique album is unlike anything we have ever produced before, and will take you on a trip you won’t soon forget!.

Online Courses
Marc Allen is a master of manifestation, having risen from poverty to become a successful musician and author, along with founding New World Library, one of the leading independent publishers in the country. He has built upon his 2018 The Magical Path album to create The Magical Path Online Course. Marc will show you how to create the life of your dreams by harnessing the vast powers of creation inherent within. For more on Marc and his approach, you may want to re-visit Episode 12 of the podcast.

Hemi-Sync® Unlimited App
New on the streaming service this month is The Winds of Spirit, the latest offering under our Flying Man Records® label. Byron Metcalf and Mark Seelig have gathered again to create a deeply meditative album inspired by their critically acclaimed 2019 release Persistent Visions. Here they penetrate even deeper into the dimensions of silence and space between the musical notes and each breath.

Free Stuff
In addition to the Eckhart Tolle album we created for Sounds True, there are also several other exercises we engineered for Eckhart’s YouTube channel, so be sure to check those out. On our own YouTube channel, Journey Through the T-Cells remains available for streaming, along with many other offerings. During 2020, we were also fortunate to sign a distribution deal with Ingrooves, a division of Universal Music Group. As a result, you’ll be finding Hemi-Sync® more readily available in more outlets than ever before, including some content on free or “freemium” platforms.

You may have seen that we recently posted a job opening for a web developer. We will always first try to fill available roles at Hemi-Sync® through the community that knows us best, so please keep a look out.

Finally, our Holiday Sale runs through New Year’s Day. Just use coupon code “HOL2020” at checkout for 20% off as our year-end thank you. We recognize that may not be a sufficient discount for those in real need at this time, so please contact customer service if this is the case.

See you in Home or along the way,
Garrett

Opening Your Heart After Heartbreak: A Beginner’s Chakra Meditation