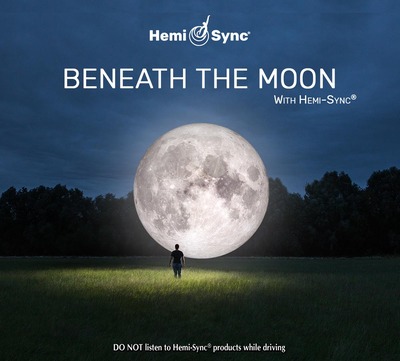 Beneath the Moon with Hemi-Sync®

Beneath the Moon with Hemi-Sync®

Awaken to the mysteries of the universe, and your own hidden self. Instruments include ambient electric and acoustic guitar, bass, keyboards, orchestral textures, Taos drums and flute.

Explore the mystical realm between sunset and sunrise as the enchanting and emotive music of Deborah Martin and Hemi-Sync® lead you on a profound inner journey. As you move through these higher dimensions, your consciousness soars beyond the stars to a place of connection, and inner peace washes over you. Awaken to the mysteries of the universe, and your own hidden self. Instruments include ambient electric and acoustic guitar, bass, keyboards, orchestral textures, Taos drums and flute. Several tracks from the original album “Under the Moon” were used extensively on NBC’s coverage of the 1996 Olympic Games. Length: 57 minutes.

Other Metamusic® titles by Deborah Martin are Convergence, Dimensions in Time, and Magical Ascension

Copyright © 2022 by Interstate Industries, Inc. d/b/a Hemi-Sync®
Hemi-Sync.com®
Be the first to review “Beneath the Moon with Hemi-Sync®” Cancel reply