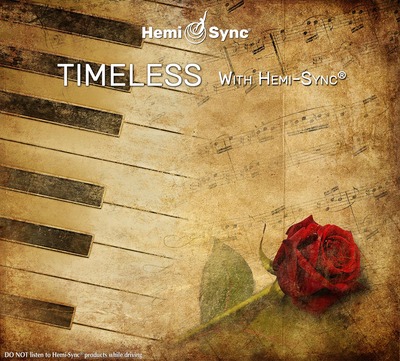 This exquisite solo piano music of Pablo Peláez possesses a gravity and beauty beyond time.

Allow yourself to be swept away by the enchanting and serene melodies to a restorative state of inner peace. Hemi-Sync® frequencies facilitate a profound state of relaxation enabling you to look within for personal understanding and insight. Pablo Peláez plays the Shigeru Kawai SK7 piano of Infinity Studios (Madrid). Length: 63 minutes.

Pablo Peláez was born in Madrid, Spain in 1962. He studied music at the Royal Conservatory of Madrid from 1972 to 1980.  A composer and a pianist, his symphonic poem "The White Stork” was performed by the Luigi Bocherinni Orchestra at the National Auditorium in Madrid (November, 1998), and also at Saint-Denis Church in Paris (December, 1998). Between 2000 and 2005 he has performed his Piano Preludes in Madrid, San Sebastian de los Reyes, Valencia, Barcelona, Milano, Paris and La Habana. The Preludes have been published by his own label, Notas del Tiempo, on Four CD’s: Gotas del Tiempo (2001), Clepsidra (2004), Kairós (2007) and Fuegoterapia (2009).

In August of 2006 Michael Thomas directed the premier of Kairós, an ode for trumpet and string interpreted by the Andalucian Chamber Orchestra with Javier Gómez Hurtado and Arturo García Espinós on trumpet. Afterwards, Pascual Osa directed the Filarmonía Orchestra interpreting Kairós in the churches of Alcaracejos (Córdoba) and Basílica de Jesús de Medinaceli (Madrid). He is currently composing a hymn for chorus and orchestra commissioned by Siemens as a present for the National Center of Paraplegics in Toledo, it’s premier to be held in October, 2009— the first in the National Auditorium in Madrid .

He has given concerts throughout 2008 in the following places: Panamá (Teatro Nacional) with the premier of spes written for Rómulo Castro; Boston (First Church of Boston) with the support of the Spanish Consulate; Montevideo (Aula Magna de la Universidad Católica); Düsseldorf (Insel Hombroich Museum) and Madrid (Ateneo). Kairós was played by the Filarmonic of Chestochova in Poland.

He composed the soundtrack for the documentary "The White Stork,” was awarded the Naturama Prize in 1993, and collaborated on the soundtrack of Cándida, a film by Guillermo Fesser.

As an ethnomusicologist he worked for the Guadalajara Council, who commissioned him to transcribe 1,400 folk songs of the Spanish region of Guadalajara, published in 1986 by the Diputación Provincial of Guadalajara.