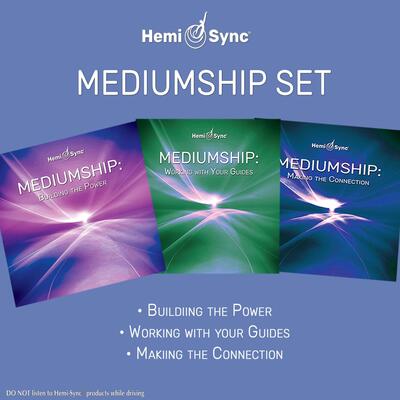 For those who have purchased the first album, Mediumship: The Training Ground, get the rest of the series and save!

Take advantage of this special bundle price to get the other three albums in Suzanne Giesemann’s Mediumship series. This set includes:

**Get the full Mediumship Bundle plus instructional videos by Suzanne! Mediumship: Online Course

Other titles by Suzanne Giesemann in her “Tools for Awakening” series are Getting to Know Your True Nature and You, Beyond Your Story.