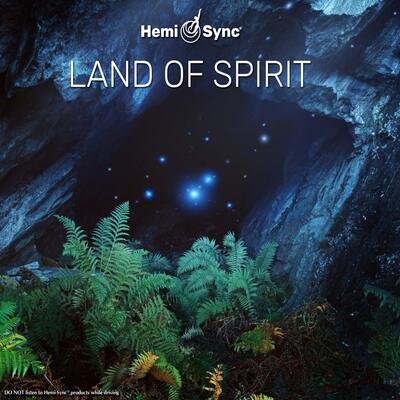 Astral music carries you into the realm of spirit for a deeply comforting experience.

This elegant fusion of electronic space music is a perfect soundscape for deep meditation and exploration. Musical artists Craig Padilla, Zero Ohms and Skip Murphy have crafted a graceful musical landscape that, combined with Hemi-Sync® frequencies, holds you in a space of expanded awareness and peace. Instruments include analog synths and flutes. Length: 64 minutes.
Engineered and mastered by Kevin Cowan.

Other titles with Craig Padilla: Awakening Consciousness, Cycles, and New Frontiers.
Other titles with Zero Ohms (aka Richard Roberts): Gaia, Strand, Winds Over the World, and Artifacts of Perception with Hemi-Sync®

“Escape to the LAND OF SPIRIT, a musical sanctuary where you are surrounded by ethereal sonics, enchanting effects and vast, spacious melodies. Musicians Craig Padilla, Richard Roberts and Skip Murphy present an ambient trancescape that is very conducive toward  meditation and healing work. The music features synths that flow and oscillate, while keyboard tones meander along and spacey effects add color. Includes Hemi-Sync’s brainwave synchronization technology.” — Music Design eReview, Dec. 15, 2014