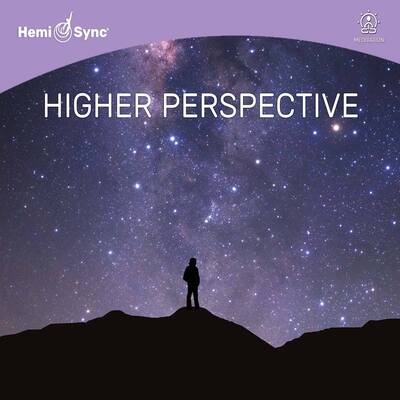 Create positive changes and find solutions to problems by viewing your life from a higher perspective.

This powerful but gentle meditation will help you to relax deeply as you view your life from a higher perspective, enabling you to find solutions to any worries or problems. Created and voiced by Glenn Harrold, one of the most successful hypnotherapists and self-help authors, you are guided to float safely up to your star, a place of peace and tranquility. By removing yourself from everyday life to see the larger picture, your mind will feel clearer and serene, allowing you to create positive changes in your life. Length: 31 min.  Music by Christopher Lloyd Clarke, licensed by Enlightened Audio. Executive producer Garrett Stevens. Engineered and mastered by Kevin Cowan.

Glenn Harrold is one of the world’s most successful hypnotherapists and self-help authors. He has helped thousands of clients, including many celebrities, in a 25-year-career and has sold over 10 million hypnosis CDs, MP3 downloads and Apps.

Glenn has written seven self-help books for Orion in the UK and McGraw Hill in the USA. He has produced almost 100 hypnosis and meditation audios which have been published through BBC Audiobooks, Orion and his own company Diviniti Publishing.

In May 2011 he was made a Fellow of The British School of Clinical Hypnosis in acknowledgement of his achievements in the world of hypnotherapy.

Glenn now happily resides in Fuengirola in Southern Spain with his family and primarily uses Skype to work with clients and record interviews.