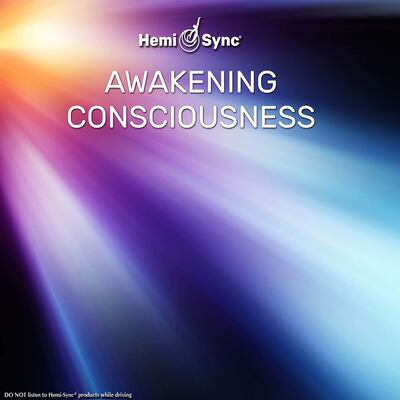 Awaken your consciousness with this inspiring musical meditation

Experience your consciousness emerging in this inspiring musical meditation by accomplished Spotted Peccary Music artists Howard Givens and Craig Padilla. Featuring an array of electronic instruments, from classic vintage and modular synthesizers to modern digital keyboards, this deep ambient work is about inward expansiveness. Combined with powerful Hemi-Sync® frequencies, it is designed to lead you into a profoundly heightened state of awareness. Length: 68 minutes.
Engineered and mastered by Kevin Cowan.

Other titles with Craig Padilla are: Cycles, Land of Spirit, and New Frontiers.

For over 30 years, ambient electronic artist Howard Givens has been crafting and producing electronic music and sound spaces in search of an authentic, organic, tangible expression of an intangible origin of sound. He is directly involved with creating, recording, and producing the subtlety of sounds generated from various electronic sound sources including hardware analog and digital synthesizers, software synthesizers and samplers, and effects processing, and blending them with acoustic sounds including piano, drums, guitars, percussion, ethnic and other worldly instruments, and environmental sounds.
For him, the art of music - live or recorded - is all about an illusion that intends to convey the listener to another state of experience. Electronic instruments by their design are a natural choice for helping in this illusion, but they can also be a distraction, if not carefully treated to express a more organic quality!
Having been raised in a family of artists, he was inspired at an early age by classical music, film soundtracks, early electronic music, as well as the visual ambiance of Ansel Adams and Edward Curtis, and later, the distinct images of Edward Weston, Alfred Stieglitz, as well as a great many other visual and musical artists.
Fulfilling the ambient form, he has been heavily influenced by the sonic sculptures of Wendy Carlos, Klaus Schulze, Tangerine Dream, Pink Floyd, Paul Horn, Steve Reich, Claude Debussy, Aaron Copland, Ralph Vaughan-Williams and Steve Roach. Fascinated by the overt communication of subtlety in life, he expresses the story of the image – whether visual or imaginary, photographic or musical - through the use of color, space, texture, time, and geometric form, often crafting these elements beyond more traditional perspectives.
In addition to working on his own projects, he has worked with many artists on the Spotted Peccary Music label that he co-founded in 1986, (which is focused on impressionist acoustic and electronic music influenced by the imagery and energy of North America),as well as other artists and other genres of music including classical, rock, and jazz. His collaborations include his first releases under the name of Brain Laughter,which released 1989’s In the Land of Powerand 1995’s Not Far from a Distant Sun. He has been a contributing artist on many projects, in addition to producing, mixing, and mastering on even more.