Get Ready for Lift-Off!

I was thinking of you when I was back in Virginia last month, when a friend asked me, “Hey, when are you guys gonna come out with a new Jonn Serrie album?” While I should be accustomed to these little everyday synchronicities by now, I nonetheless paused in some disbelief before responding, “Next month!”

Yes, it’s true…Jonn Serrie’s Celestial Space, the somewhat belated follow-up to his 2015 best-selling Celestial Meditation, is this month’s new release. For those of you unfamiliar with Jonn’s work, he is one of the progenitors of the space music genre. His work has been featured in countless planetariums, including New York’s Hayden Planetarium, large format films, television episodes and other films, including 2004’s What the Bleep Do we Know?  His complete biography is here. Jonn is a master in creating electronic music suggestive of galactic vistas and open spaces, providing a perfect audio environment for exploring other realities. When you combine that with powerful Hemi-Sync® frequencies, prepare to lift off! 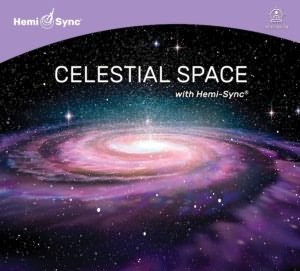 But what if you’re a gearhead like Jonn, and you’re driving your cherry ’68 Mercury Cougar down the interstate, just listening to Celestial Space, when your friendly neighborhood state trooper pulls you over and you blow a Focus 10 (that’s a mind awake-body asleep state for the noobs)? Well, you just can’t do it…this stuff is way too powerful. That’s why we have created Flying Man Records®. These are the same great Metamusic® compositions, but without any Hemi-Sync® on the recording.  In other words….it’s just music. The Flying Man version of Celestial Space is our debut offering in this regard. Going forward, Flying Man will be the platform for releasing other content that doesn’t contain any embedded audio guidance technology, so look for it in the months to come.

In other big news, we have just released our new app, Hemi-Sync® Unlimited, on GooglePlay, and iTunes should be close behind. You can now access more than 80% of the Hemi-Sync® library (premium content such as new releases and some of the album series are excluded) for a reasonable monthly subscription rate. With the app, you can not only stream your favorite tracks, but you can also assemble them into playlists, share them with your friends and follow specific artists. Moreover, it will automatically sync anything you have ever bought, or ever will buy, from our new website to the app. This eliminates the need to download a digital file (or rip a CD), import it into player software, and then sync it with your mobile device. Just be sure to login with the same email and password that you use for the site. We have prepared a brief video tutorial for your convenience. 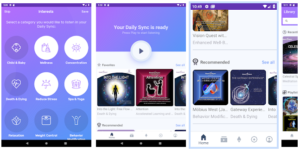 In case you missed it, we released a FREE Hemi-Sync® virtual reality exercise this month, based on Robert Monroe’s classic Morning Exercise. This was really just a proof-of-concept, so please let us know what you think about our potentially moving more in this direction. As always, we’re building a community here, and we want everyone to have a voice. Special shout-out to Skip Atwater for putting the VR exercise together. 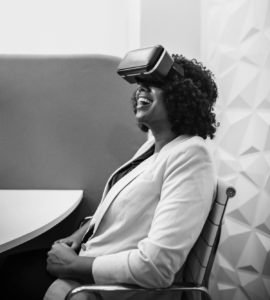 Looking forward to next month, we will have our Learning & Memory titles on sale in honor of final exams (sorry kids). For students who may be interested in some useful tips for studying, there are several free articles and research papers on the Concentration section of our website. There is also an informative video  by Barbara Bullard embedded on the Remembrance album page. The upshot is you generally want to have one Learning & Memory oriented Hemi-Sync® piece per subject area, as that is what seems to maximize recall. If you want to affordably access a wide array of suitable Metamusic® titles, this may be an especially good time to try Hemi-Sync® Unlimited. You can get a seven-day trial for only $0.99 and use the entire LEK (Learning Enhancement Kit), which is dope (this was a cool word when I was in college). I suppose you could even cancel your subscription when exams are over…but why would you ever want to do that?! 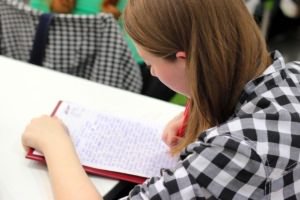 I’ll look forward to speaking with you again next month, though I’m sure I’ll be thinking of you before then. 😉

See you in Home or along the way,
Garrett

Into The Light: Near Death Experiences