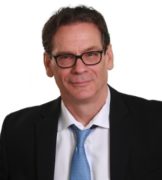 PAUL RADEMACHER
Add to Cart
$195.00
Tapping into the heart’s security, perception and connection.
Those who are drawn to the inner life often feel an unbearable tension between attending to material needs and exploration of the numinous. There is a way beyond this impasse. It lies in revolutionary insights into the fundamental nature of time, money, dreaming, and Enlightenment.
In our society, there is enormous pressure to choose material existence at the expense of the inner quest. We are told that Time IS Money and to waste time on non-material pursuits, such as Dreaming or Enlightenment, is a frivolous indulgence. Ironically, our unquestioning acceptance of that cliché leads to rejection of powerful and creative resources – the very tools necessary for navigating an otherwise uncertain physical world. It is the Heart that is able to lead the way while bridging the gap between our inner and outer lives.
In this course, we will find that from the Heart’s perspective, Time, Money, Dreaming, and Enlightenment form a mutually reinforcing whole rather than being fractured and competing concerns. Together, they are a transformative matrix that leads to an utterly new sense of being. This is the transition from Narrative Self to Witness – the process of opening to awe in everyday life while also accessing crucial resources for meeting the demands of our material being.

Time, Money, Dreaming, and Enlightenment is not about The Law of Attraction, The Secret, or The Prosperity Gospel. Neither is this about dream interpretation or tips for living. Rather, it is a stunning glimpse into the next stage of human evolution that will turn everything you think you know on its Heart.

DURING THIS SIX-WEEK COURSE WE WILL EXPLORE:

Each of the six sessions in this course will end with a meditation or technique to help you enhance your journey of consciousness, featuring the Hemi-Sync® audio guidance technology, along with suggested practices intended for you to incorporate the material into your daily life.

Please note: This course is hosted by GlideWing Productions on their website – glidewing.com. You will receive instructions via email on how to complete the registration process. If you do not receive this prior to the course start date, please contact interstate@hemi-sync.com.

Join us online for a six-week course featuring 15 downloadable guided meditations and exercises featuring the Hemi-Sync® audio guidance technology, along with personal support and guidance provided by Paul Rademacher, former Executive Director and Residential Facilitator of The Monroe Institute.  Presented by GlideWing Productions.

Paul Rademacher’s life changed in 1981, when during a construction accident, he encountered a profound mystical state. To better understand that experience, he entered Princeton Theological Seminary and graduated with a Master of Divinity Degree. During 15 years of service as a Presbyterian pastor, he studied extensively in the fields of consciousness and spirituality.

In 1997, Paul attended a program at The Monroe Institute (TMI) and realized that Monroe’s methodology was a more direct route to the numinous. He became a residential facilitator for TMI in 2001 and later served as TMI’s Executive Director from 2007 to 2011.

Since then, Paul has been investigating the mysteries of the heart and its capacity to integrate daily life with the spiritual journey. The Conscious Heart: New Realities of Time, Money, Dreaming and Enlightenment, and an upcoming book by the same title, are the result of that very personal and transformative journey.

Paul is also a building contractor, designer, carpenter, public speaker, spiritual director, artist, husband, father, and grandfather. His first book, A Spiritual Hitchhiker’s Guide to the Universe: Travel Tips for the Spiritually Perplexed, was published in 2009.

Join us online for a six-week course featuring 15 downloadable guided meditations and exercises featuring the Hemi-Sync® audio guidance technology, along with personal support and guidance provided by Paul Rademacher, former Executive Director and Residential Facilitator of The Monroe Institute.  Presented by GlideWing Productions.

Cancellation Policy: You may cancel your enrollment for any reason during the first week. The deadline is the first Friday of the course, and we will refund your enrollment fee less credit card fees charged by our payment processor.