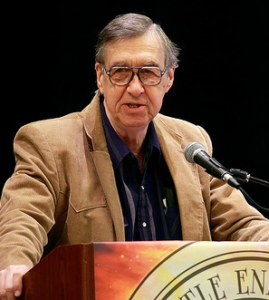 Foundations of Mindfulness: Bringing Mindfulness into Your Every Day Life With Dr. Charles Tart

A Self-Guided, three week, experiential workshop with step-by-step instructions for bringing Mindfulness into your daily life. Includes nine guided meditations with and without Hemi-Sync® (18 total) that you can download and keep for your ongoing practice. See what works best for you and let us know!

Mindfulness is about learning to wake up. Do you often find yourself stressed or anxious? Do you feel that your life is a series of challenges with only brief respites in between? And no matter how hard you try, there always seem to be more problems for you to deal with? In our modern fast-paced society many of us feel this way. We can change this with a contemporary form of an ancient practice called Mindfulness Meditation. For centuries, various forms of this meditation have been used not only by spiritual practitioners for stilling the mind and attaining deeper wisdom and enlightenment but by many ordinary people looking for more understanding of and harmonious operation of their minds.

Highlights of this online course:

At the physical level, mindfulness meditation:

Click here to learn about scientifically documented benefits of mindfulness.

Dr. Charles T. Tart, Ph.D., an internationally renowned scientist, author and teacher, pioneered the field of consciousness studies decades ago when he was one of the first Western scientists to promote the study of the physiological and psychological effects of meditation practice. His classic book Altered States of Consciousness made the phrase "altered states" a household term. Currently a Professor Emeritus of Psychology at the University of California, Davis, Dr. Tart has authored 14 books (three of them on Mindfulness) and more than 250 articles in leading professional journals, including Science and Nature.

Dr. Tart was a Professor of Psychology at the Davis campus of the University of California for 28 years, where he conducted his research and was a popular teacher. In the 1970s Dr. Tart consulted on the original remote viewing research program at Stanford Research Institute, where some of his parapsychological work was instrumental in influencing government policy makers against the funding of the proposed multi-billion dollar MX missile system.

In addition to Altered States of Consciousness (1969) and Transpersonal Psychologies (1975), Dr. Tart's other books are On Being Stoned: A Psychological Study of Marijuana Intoxication (1971), States of Consciousness (1975), Symposium on Consciousness (1975, with co-authors), Learning to Use Extrasensory Perception (1976), Psi: Scientific Studies of the Psychic Realm (1977), Mind at Large: Institute of Electrical and Electronic Engineers Symposia on the Nature of Extrasensory Perception (1979, with H. Puthoff & R. Targ), Waking Up: Overcoming the Obstacles to Human Potential (1986), Open Mind, Discriminating Mind: Reflections on Human Possibilities (1989), Living the Mindful Life (1994) and Body Mind Spirit: Exploring the Parapsychology of Spirituality (1997), which looks at the implications of hard scientific data on psychic abilities as a foundation for believing we have a real spiritual nature.

His 2001 book, Mind Science: Meditation Training for Practical People (2001) presents mindfulness training in a way that makes sense for science professionals, and his most recent book, The End of Materialism: How Evidence of the Paranormal is Bringing Science and Spirit Together, integrates his work in parapsychology and transpersonal psychology to show that it is reasonable to be both scientific and spiritual in outlook, contrary to the widely believed idea that science shows that there is nothing to spirituality.

Not just a laboratory researcher, Dr. Tart has been a student of Aikido (in which he holds a black belt), of meditation, of Gurdjieff's Fourth Way work, and of Buddhism. He has been happily married for more than 50 years and has two children and two grandchildren. His primary goal is still to build bridges between the genuinely scientific and genuinely spiritual communities, and to help bring about a refinement and integration of Western and Eastern approaches for knowing the world and for personal and social growth.

In his latest book, The End of Materialism, Dr. Tart presents over fifty years of scientific research conducted at the nation's leading universities that proves humans do have natural spiritual impulses and abilities. The End of Materialism makes a compelling argument for the union of science and spirituality in light of this new evidence, and explains why a truly rational viewpoint must address the reality of the spiritual world. Tart's work marks the beginning of an evidence-based spiritual awakening that will profoundly influence your understanding of the deeper forces at work in our lives.

Welcome to this course! Please complete each session in order and, most importantly, have fun! 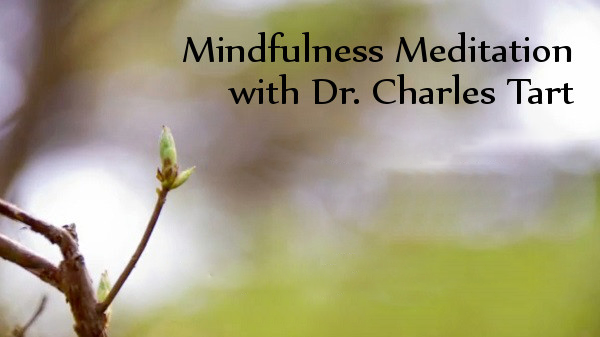 This is a self-guided course and so please note that Charles Tart will not be available for answering questions in a discussion forum. This Online Course comes with eighteen downloadable MP3s, nine of which do contain Hemi-Sync® audio guidance technology. If you need assistance, please contact us by email at