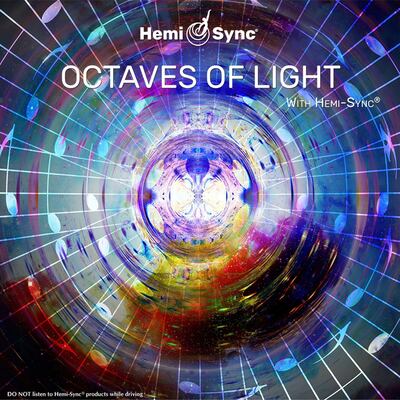 Octaves of Light with Hemi-Sync®

Octaves of Light with Hemi-Sync®

Experience balance and harmony with the world music and unique sounds of Eluv and Hemi-Sync®.

Sound and music have been used since ancient times for healing and transformation. International recording artist Eluv has created a unique blend of world music and sound based on her divine inspiration to help others. Combined with Hemi-Sync® frequencies to bring balance and harmony, this delicate and beautiful music also supports the benefits of energy and bodywork. Instruments featured: didgeridoo, tubular bells, crystal singing bowls (in the key of the heart chakra), Native American flute, Indian flute, keyboards, chimes, shenai, tabla, pipa, nature sounds, and Eluv’s captivating voice as a celestial instrument on select tracks. Length: 63 minutes.

Another title by Eluv is Chakra Meditation with Hemi-Sync®, a verbally guided meditation.

Born and educated in Melbourne, Australia, Eluv's eclectic musical taste and style has been greatly influenced by her Egyptian, Greek, and French heritage. After graduating from Beauty Therapy College, Eluv worked as an Aesthetician, freelance model, and chorus member for the Victorian Opera Company. While training for a National Power Lifting Competition, she was discovered by American film producer George Butler, who was filming the sequel to his movie "Pumping Iron" with Arnold Schwarzenegger. George recruited Eluv for "Pumping Iron-The Women" and brought her to the United States to continue filming.

After completing the film, she decided to stay in New York City and pursue singing, songwriting and acting. In New York, Eluv performed as a cast member regularly on “Saturday Night Live.” She also sang her "acoustic" set at various New York venues, and worked as a personal fitness trainer and masseuse with clients such as Grace Jones, Herbie Hancock, and Dolph Lundgren. During this time in New York, Eluv met fashion photographer and filmmaker Bruce Weber, with whom she worked with on his film, photo and book projects for five years.

Searching for sunshine, Eluv moved to Miami, Florida, the home of the International Winter Music Conference. Her contribution to dance music, both in the United States and Europe, inspired an invitation for the Winter Music Conference for her to participate in the "New Artist Panel" and the "Music Contracts" panel. Eluv has also been invited to perform live shows and DJ sets at the Midem International Music Conference. She has performed several live radio broadcasts for POWER 96 radio (96.7 FM) in Miami, Florida.

Platinum record producer, George Acosta, who produced “Set U Free” performed by Planet Soul, has produced Eluv’s recordings. Eluv has released records on Strictly Rhythm, Wax Head, Nitebeat, and PGE labels. These releases include the #3 Billboard Dance hit "Fever," "Windbreaker" and "Something for Your Mind." Sony Records signed the single "Fever" for release in Germany, France, and Latin America.

A graduate of Melbourne Radio School in Australia, Eluv was Senior Creative Programming Director and On-Air Talent/DJ, on The Womb.com Radio Station located in Miami Beach, Florida (since its beginning in 1997). She is known as "The Voice of the Womb" as her voice is featured throughout the website, CD compilations, video productions and on-air for all voice over tags. Her daily radio shows “Lovevybes,” “UltraSounds” and “The Frequency Launching Pad Show” were broadcast live worldwide, to over 2 million people each month via "The Womb," "Terra.com" and "Prime Stream.” Eluv’s voice-overs became part of the Womb’s signature sound, and can also be heard on radio, television commercials and websites all over the world.

As Eluv’s music reaches new dimensions, so does her passion for the healing aspects of sound and musical vibrations. She records live sounds of nature from a selection of Florida and Australia’s lush natural habitat. She also swims with, and records wild Dolphins in the Bahamas, composing music and adding her ethereal vocals to create her own signature “Radiant Sol” music series for Spa, Relaxation, Yoga, Qi Gong, Reiki, Healing Touch, massage and other blissful practices. Her practices of Yoga and Qi Gong have greatly supported the growth of her musical healing journey. Eluv is a Level 3 Certified Healing Qi Gong Instructor.

Her debut solo album, “Octaves of Light” came about as a divine inspiration and exploration into the healing power of music and sound as a healing modality. “Octaves of Light” is the first in this series of inspirational and healing music. This unique soothing blend of sumptuous world music, blissful vocals and echoes of nature, allow the listener to fully transcend time and space and journey into their own healing realms supported by the effortless flow of this gorgeous musical journey.

“To truly heal, we must first settle our heart, mind and body. The vibration of sound has the power to restore balance to our harmonic patterns, dissolve blockages, settle us, clear our energy centers, lift our spirits, empower us and heal us. I invite you to find a comfortable quiet place while listening, simply ‘be’ and feel the vibration of sound wash over your whole being. Allow the sound to permeate deep within you. The vibration of sound within the body is like an internal massage. Each and every pore, cell, organ, muscle, gland, bone, and every part of your whole being will receive this nurturing gift of sound healing energy. As the sound resonates within your whole body, you may experience your energy changing as your vibration begins to shift. This is healing in action. Enjoy!”

Eluv’s Meditation/Visualization series launched in 2008 with the first title “Chakra Meditation and Guided Visualization.” This CD is designed to align the seven essential energy centers, the Chakras, restoring balance in your physical and emotional body, connecting one with a deeper sense of peace and inner-strength. The soundtrack features the healing sounds of Dolphins delicately interwoven with a deeply relaxing musical soundscape. The music coordinates with each Chakra and is performed in the correlating key of the Chakra. The second CD in this meditation series is called “Letting Go”. It is a simple yet powerful meditation for releasing and letting go of negative energy and things you no longer need or empower you.

“Sharing love and healing through music is my mission. No matter what style of music I am singing or composing, my intent is to emanate love, positivity and healing vibrations.” With this intent infused into her whole being, Eluv’s quest to spread love through her words and music continues to manifest in every way, every day. “Music and guided meditations is my vehicle for sharing universal love and light with others. Music is a universal language that transcends time and place. It is the language of love, and love is our true essence. It is a powerful vehicle, able to bring people together as one in joyful peace, unity, love and harmony. To me, music and sound healing is the most powerful medicine we have. Music and sound are able to dissolve illness into awareness and health, and quickly shift the mood of even the unhappiest person. This ancient modality of using sound for healing, blended with new technology and science, is changing the way we view and utilize sound. I believe music and sound healing is the medicine of our future.”