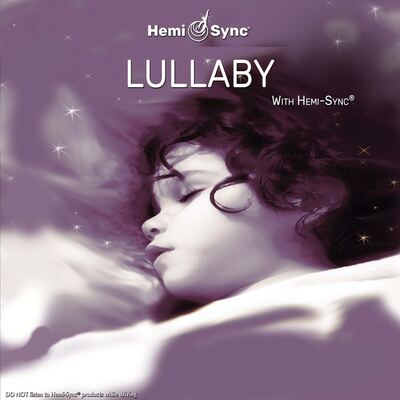 A collection of international lullabies for enhancing sleep with the beautiful music of Laura Nashman and John Alonso.

This gentle and enchanting collection of the world’s favorite lullabies carries you from deep relaxation into restful sleep. Perfect for children and adults alike, these selections feature Laura Nashman on flute and John Alonso on piano, blended with Hemi-Sync® sleep frequencies. Length: 55 minutes.

Another title by Laura Nashman is Dreamland

John Alonso was born in Nuremberg, Germany of Spanish parents. After immigrating to Canada he studied extensively at the Royal Conservatory of Music and the University of Toronto, Faculty of Music. His teachers included Margaret Parsons-Poole, Patricia Parr, Boris Lysenko, Marc Durand and Pauline Leung.

As a winner of numerous awards including first prize in the Canadian National Festival Competition, John brings a wealth of experience to his live and recorded programs.

Along with “Lullababy” and “Celtic Lullababy”, John has recorded two CDs of original compositions; “Remember When” and “The Gift”. He continues to perform with orchestras and is a dynamic and engaging performer.

Laura has been recording classical, new age, and concept CD’s for over a decade. Trained in flute performance at the University of Toronto with flutist, Douglas Stewart, Laura has also studied in master classes with the famous virtuoso, William Bennett, Geoffrey Gilbert, Robert Aitken and Jeanne Baxstresser. With her exquisite tone colour range, Laura paints melodies with her flutes which include alto and Native American flutes.

She has 10 CD’s to her credit, including the popular gold CD, Lullababy with pianist, John Alonso. As an experienced musician and sound designer, Laura offers superb musical creations. She has an in-depth knowledge of the healing power of sound.

Her new label, Spa-la-la, is a collection of CD’s featuring flute with complimentary instruments designed for relaxation, healing, meditation, and enjoyment.

Traditionally, the sound of the flute has been associated with Pan, the Greek figure who played the reed flute. The mythology related to Pan and his flute bring one into a pastoral fantasy identity with flute music. The legends pertaining to the 'pied piper' also lend themselves to the flute's magical and hypnotic qualities.

For years flute music has been a source of inspiration, relaxation and spiritual contemplation. Today, many people use flute music for relaxation, wellness, and healing.

The CD's recorded by Laura Nashman are instruments of inspiration and healing. They offer pure relaxation and melodies that warm the heart and soothe the soul.