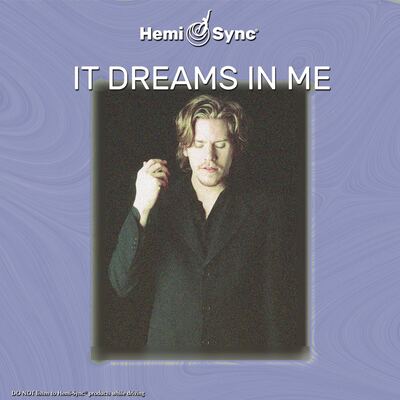 Enjoy a peaceful contemplative experience with this soothing and innovative soundscape.

As a young boy living in Great Britain, Peter Jack Rainbird was raised on his parent’s love of Motown and Opera. "Even our dogs were named after Operas!" (Carmen, Tosca, Butterfly). Then Rock 'n' Roll came to town and everything changed. After joining the school rock band of art house musicians as the lead singer, he began his musical journey as a band leader and artist on stage.

After the inevitable end of this high school musical endeavor, he began to forge a solo career writing songs and developing as a performer, lead singer, and guitarist. His local reputation grew. He began gaining the interest of international rock band Radiohead after landing a BBC radio live performance and interview. They enthusiastically supported his recording career by offering studio time at their world class facility. These, and other compiled recordings were released on the debut CD Instinct Overrides, described by Radiohead lead singer Thom York as"A rugged, sprawling, ambitious sound. Both epic and intimate."

After moving to London, he began working on new songs, a prolific period where three bodies of work were recorded as well as a solo UK tour:

·Dark Night of The Soul, released 2000. Music for the artist Anna Marie Pechecos

·The Fall 2001, the 1960's cult classic originally scored by Pink Floyd. Peter Jack wrote a one-off score to be exclusively performed for its anniversary re-screening in London

During his two years in London he began conversations with John Cale (Velvet Underground) to put on a London/New York event called AphasiA, bringing together multimedia artist from Europe and the USA together.

Through these conversations he gained the interest of Brian Eno (British music producer) and Daniel & Bob Lanois, the famous record producers of U2, Bob Dylan, Peter Gabriel and Emmylou Harris. This lead to an invitation to Canada to not only record with the legendary Lanois brother, but to also spend Christmas with their family and live in Daniel Lanois's house for extended periods of time.

"There is musical obsession, then there is Peter Jack Rainbird” - Bob Lanois

While work with the Lanois's was underway, PJR also recorded and released the DUST EP.

Receiving airplay and praised by the BBC this EP served as the backbone for the debut album Dust: Fragments from a Journey. The album was recorded all over the world, in world class recording studios from Hansa Ton in Berlin, Woodstock, New York, LeFrette, Paris and many more. The album included Grammy award winning artist Aaron Commes and two-time Grammy nominee Roman Klun. Celebrated in the British music press as "The first great album of the year," by Mike Davis, as well as Daniel Heinze in Germany. The Dust EP and album are independent releases.

After the release of Dust and a UK tour including legendary guitarist Bill Dillon in his band, Peter Jack Rainbird took a sabbatical for two years before returning to music with his debut instrumental album Unravel.

Creating a more grassroots approach to connecting with his audience Unravel has been taken by Tigh NA Mara, western Canada's leading resort as well as numerous retailers in British Columbia, Canada.

Since the release of Unravel, Peter Jack has been shortlisted for NYC international guitar festival, released Unravel with Hemi-Sync®, (re-titled It Dreams in Me), via Monroe Products in 2014 after the powerful effects of his music won over Paul Elder, residential trainer at the Monroe Institute, who states,"The vision of his music and performance don't even seem comprehensible. In disbelief I stand, mouth hanging open, captivated by the marvel of his musical genius."

Featured in Wanderlusts 2012 'round up' video "What is the Future of Yoga?" and now contracted to appear for Wanderlust 2013 as not just the only international non-American musical artist, or the only artist to be offered every American and Canada performance date but also to perform as the first opening live musical performances in Vermont Om stage and the closing performance for Lake Tahoe California Main stage. These shows, combined with playing for yoga classes will add up to having performed a total of 50 times during his American Wanderlust Tour.

Copyright © 2022 by Interstate Industries, Inc. d/b/a Hemi-Sync®
Hemi-Sync.com®
Be the first to review “It Dreams in Me” Cancel reply