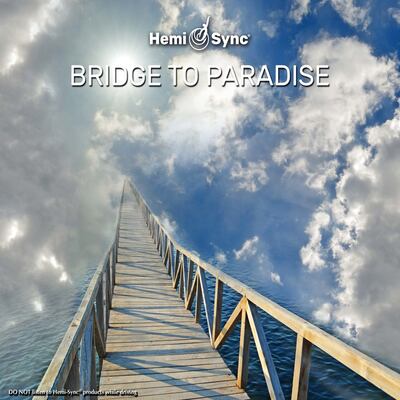 Explore an otherworldly paradise in this guided Hemi-Sync® heart-meditation.

Mark Macy, a pioneer in the field of research called instrumental transcommunication, (ITC), guides you on two extraordinary journeys. First, a journey to that infinite source of love and wisdom at the center of our being, connecting with friends and loved ones in both the physical and non-physical. You will then visit the astral realm where many people awaken at the end of their earthly lives. Observe and delight in this paradise and learn how spirits are working to connect with us, creating that bridge between the two worlds. Length: 49 minutes.

Mark Macy founded the International Network for Instrumental Transcommunication (INIT) in England in 1995, along with a dozen other researchers from eight countries. Their intent was to open a contact bridge between Heaven and Earth, or more precisely, between our world and the finer worlds of spirit, using technology as the medium. In the course of five years the group received dozens of phone calls and TV images from the other side. They enjoyed long dialogs with spirits and angels through radio devices and had files planted quietly on the hard disks of their computers. Some of those files contained images, others contained text - - actual pictures and letters depicting life in the spirit worlds in extraordinary detail. Macy himself received one particular phone call from a departed colleague named Konstantin Raudive that lasted nearly fifteen minutes. It’s all part of a young field of research called ITC, or instrumental transcommunication.

Since 1999 Macy has focused much of his attention on a small subset of ITC in which he receives clear spirit faces on Polaroid film with the help of a subtle energy device called a “luminator.” He has also kept busy spreading the word about ITC through books, interviews, presentations, TV specials, documentaries, and a massive ITC website, www.worlditc.org, mastered by his good friend and ITC colleague Rolf Ehrhardt of Ratingen, Germany.

Macy was an agnostic or atheist as far back as he can remember—a writer with a background in journalism and electronics. Thoughts of God and the afterlife always seemed like wishful thinking to him. That changed in 1988 when he was diagnosed with colon cancer. With death staring him in the face, suddenly he had to know what really happens to us after we die? He couldn’t take it on faith alone. Not that there’s anything wrong with faith, but Macy had always needed proof or solid evidence to convince him of something that was beyond his understanding. And afterlife was certainly beyond his understanding.

At a conference in 1991 he was introduced to ITC research, and at first he could scarcely believe researchers in Europe who claimed to be in touch with spirits through technical devices. So after the conference ended he hopped on a transatlantic flight to visit with those researchers, and what he found changed his life forever. He’s been fully immersed in ITC research ever since.

Today he lives in Colorado with his wife Regina. They fill their time with spiritual pursuits, including Mark's ITC research and Regina's energy healing.

Heart-Sync exercises feature frequencies that focus on opening ourselves to our heart’s intuition and energy. This line of products was developed by Laurie Monroe, who had a wonderful ability to live from her heart and encourage others to do the same. Heart-Sync exercises incorporate verbal guidance and subtle sound effects along with specially blended Hemi-Sync frequencies.