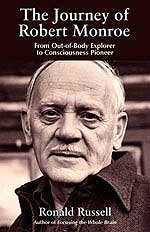 The Journey of Robert Monroe

The Journey of Robert Monroe

Robert Monroe was a towering figure in 20th-century consciousness research, yet his story is mostly unknown. The boy who loved adventure and exploration, fast cars and rickety aircraft, became a millionaire through writing and producing radio shows in New York City. And then, at age 42, he found himself traveling out of body, having no idea what was happening to him. That was only the beginning of the story.

Monroe went on to write the classic “Journeys Out of the Body,” continuing to chronicle his experiences in “Far Journeys” and “Ultimate Journey.” He built a research center and worked with scientists to create a patented audio technology known as Hemi-Sync®, a method of using selected sound frequencies to induce altered mental states at will. He founded an institute that trains individuals to experience and develop abilities that mainstream culture deems impossible. Monroe died in 1995, but the institute he founded continues to flourish and expand, and Hemi-Sync® is now available in Europe, Canada, South and Central America, and Japan. Now his achievements can be seen in perspective and his contribution to the understanding of human consciousness can be acknowledged. Yet his legacies, as Emeritus Professor Charles Tart has said, “are not just a great gift to knowledge, but a real service to people who are plagued by doubts and unfulfilled spiritual longings.” His was a true hero’s journey. 336 pages; 24 B&W photos

Copyright © 2022 by Interstate Industries, Inc. d/b/a Hemi-Sync®
Hemi-Sync.com®
Be the first to review “The Journey of Robert Monroe” Cancel reply