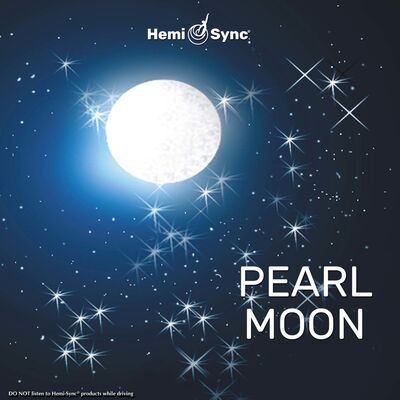 Use Pearl Moon for meditation; relaxation; or for massage/body work.

Reveal your innermost feelings and subconscious self with the luminous sounds of Andrzej Rejman and Hemi-Sync®. The moon is associated with the mind, habits, and emotions, and the pearl symbolizes innocence and a pure heart. Rich textures and ambient backgrounds create a flowing and peaceful sojourn to the depths of your soul, strengthening your innate abilities of perception while establishing self-acceptance and profound joy. Use Pearl Moon for meditation; relaxation; or for massage/body work. Instruments featured: piano, electric piano, analog and digital synthesizers, acoustic and electric guitar, real atmospheres, strings, flute. Length: 67 minutes.

Another Metamusic® title by Andrzej Rejman is Oasis.
Share:

Born in 1956 in Warsaw, Poland, Andrzej Rejman began playing the piano in the first grade, and studied with Professor Nela Gniazdowska in Warsaw. During that time he was under strong influence of Chopin’s music and its remarkable performers like Edward Auer and Maurizio Pollini. During this same time, he grew up with Polish folk music popularized in early 1960’s by world known song and dance group Mazowsze.

Later, under the influence and admiration of the Motown Sound, he started songwriting professionally.

Over the next few years he discovered modern jazz music as the style he was born to create. His first commercial recording was made in 1985 for Polskie Nagrania record company. His first arrangement of pop songs were recorded in 1986 for Polish radio and sung by Grazyna Auguscik, acclaimed female jazz singer.

Andrzej signed some of his popular songs to British publishers Sleeping Giant International Music Ltd, and Paradise Music. Later, he produced music for advertising campaigns nationwide, and his works were recorded and presented in prime time in main TV channels throughout the country. He was awarded a prize in a song contest organized by the Polish Song Festival in Opole (1987 song awarded: Życie jest krzykiem S.Wolski/A.Rejman.)

Andrzej has also composed music to the poetry of Emily Dickinson and Sara Teasdale.

At present he is best known for his instrumental music releases.

He has appeared on over 90 CD's under his own name, or as a composer and/or producer.

His style is easily recognized, and described as a blend of relaxation and meditation music.

He is a senior member of Polish Authors' Society ZAIKS, and a member of Production Music Association.