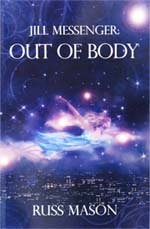 Jill Messenger: Out of Body

Jill Messenger: Out of Body

After an accident lands housewife Jill Messenger in the hospital, she finds herself suddenly floating near the ceiling of her room, looking down at her unconscious body. It is her first out-of-body experience, and she is terrified, sure she has died. But she also finds it electrifying. With practice, Jill discovers that she can not only leave her body but her house as well—flying high over treetops and floating, unseen into places she might not be welcome. While searching for a lost child, Jill meets an on-the-run former government asset with psychic talents of his own. The story heats up when Jill witnesses a murder and is catapulted into the covert world of drug smuggling and the Black Ops of the CIA.

“You don’t need me to tell you that this has great potential as either a
feature film, or TV series!”  — Noel McCarthy

“I wanted to let you know that I finished your book, and I thought it was wonderful. You always have had the gift of storytelling, and your talent is very much in evidence in your Jill. I found it riveting, especially Jill’s out-of-body tours and the adventure down the river, replete with Bond-like techno gizmos, excitement, and suspense that crescendos to the end of the book. I was disappointed that it was all over. I hope that there will be a sequel! It was a great read!”  — Ann Koppeis Bowles, MA

“THIS IS A REALLY GOOD BOOK!”   — Richard Truitt, Hong Kong

Copyright © 2022 by Interstate Industries, Inc. d/b/a Hemi-Sync®
Hemi-Sync.com®
Be the first to review “Jill Messenger: Out of Body” Cancel reply