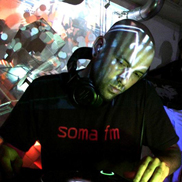 Between Worlds with Hemi-Sync®

Naasko has been involved in the electronic music scene for the past 12 years as a DJ and event producer. He is currently label manager for Interchill Records and A&R for Native State Records and 8Fold Music is based in the mountains of south-central British Columbia, Canada.

In the studio Naasko has worked with Don Peyote on two Hemi-Sync® ambient titles - Between Worlds and Dreamcatcher, and has also co-produced downtempo electronica with Noah Pred as Sympath — a project that has had tracks featured on Bluetech’s Native State Records.